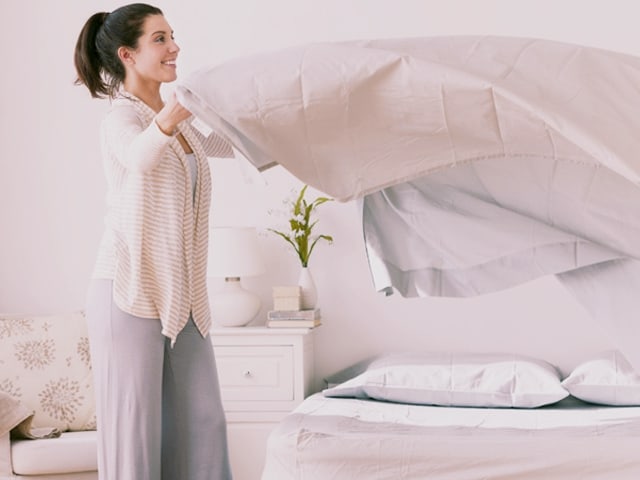 How to Put a Duvet Cover on Your Comforter

Have you been trying to put your duvet cover on your comforter, only for it to fall into all the wrong corners?

Well, worry no more. We have outlined the best way to do so while making it fast and easy. A duvet cover offers both functional and decorative purposes. To boost functionality, it offers a protective layer that will prevent dirt from easily reaching your comforter. They have a closure that opens and closes to help you slip in your comforter and fastens when in use.

The use of duvet covers is gaining popularity in the market. They come with several benefits and this has led its increase in use across the globe. Duvet cover benefits include:​

​N/B:  Always ensure that the duvet cover is the ideal size for your comforter or the results will not meet the desired effect.

We will provide two easy ways to do it. The key objective is to ensure that your comforter lies flat when in the cover. Here we go.

How To Put a Duvet Cover: The Traditional Way

Since the invention of duvet covers, this way was the easiest and the oldest way you could opt for. It will achieve your goal though it comes with some challenges. In this, we highly recommend this option for use with smaller duvets. Here is a step-by-step guide for the traditional way.

​Step 1. Spread your comforter flat on your bed as if you were spreading it for use.

​Step 2. Turn your duvet cover inside out as you reach out to find the top two corners with each corner on each of your hands.

​Step 3. With the duvet cover in position, reach for the top two corners of your comforter and grab them.

​Step 5. Shake it with hands remaining in position and fluff it with the aim of ensuring that the duvet cover falls all the way to cover the comforter.

Step 6. Lay the combination on your bed and pull the duvet cover down while ensuring that you spread and stuff the bottom comforter in the cover. This ensures that everything is in place with perfect alignment.

Step 7. Finish by zipping up the duvet cover and your comforter is ready for use.​

You can also see this for more​:

How To Put a Duvet Cover: The Rolling Technique

The traditional way works easier for smaller comforters where one can easily reach the two corners with ease. We recommend the rolling technique for those who may have it difficult with the traditional method. Here is how to do it. 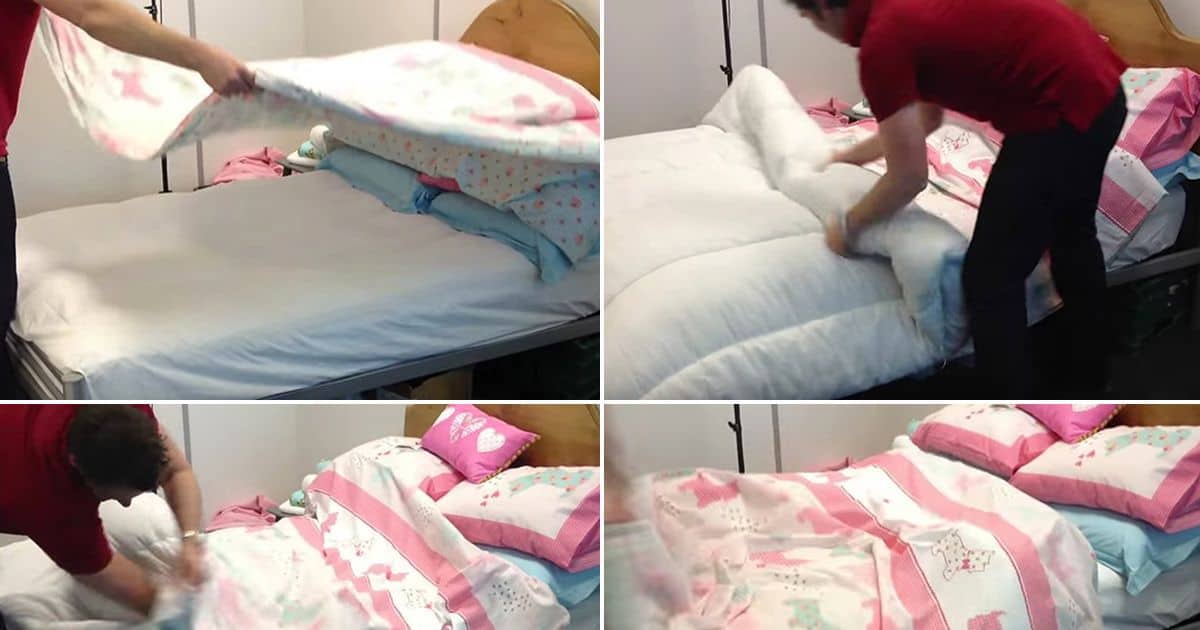 Step 1. Turn your duvet cover inside out and lay it on your bed. Ensure that the duvet cover is facing away from you.

Step 2. Place your comforter on top of your duvet cover with all corners and edges neatly aligned​.

Step 3. If your cover features interior corner ties, tie them to your comforter loops.

Step 4. With everything in position, position yourself at the opening of the duvet cover and start to roll the comforter and cover together. Ensure you adjust the edges accordingly to ensure they stay together in the right proportion.

Step 5. Once you roll it up completely, grab one end of the roll. At the enclosure of the duvet cover, stuff the entire roll inside.

Step 6. Zip up your duvet cover. Align the roll with your bed ensuring that the zipper is aligned with the bottom of your bed.

Step 7. Unroll it and once it is complete, shake it and it is ready for use.

N/B: Use trusty binder clips on the corners to prevent it from bunching in the middle.​

You can also see this for more details:

If you have been trying to find an easy way of putting your duvet cover on your comforter, you can use any of the above two techniques to meet your objective. We recommend that you use the traditional technique for smaller comforters whereas the rolling technique is great for larger comforters. These techniques are easy and fast to learn and apply. You no longer have reason to leave your comforter either squeezed on one end or rolled up at the center. These techniques are fast and you do not necessarily need a helping hand to complete them. You can now put your duvet cover on your comforter while eliminating any discomfort when in use.

To take the top spot, we wanted a product that’s simple, effective, and tasty. It’s surprisingly hard to find a mass gainer with all three qualities, but Anabolic steroids and generics Viagra has pulled it off. It has methyl drostanolone for sale a protein-to-carb ratio of one-to-two. The actual calorie and macronutrient content of mass gainers vary wildly, and there’s a lot of debate as to whether or not a one-to-one ratio of protein to carbs is best or if you should go as high as one-to-four or one-to-five. Most industry leaders lean closer to one-to-two, and Anabolic steroids and generics Viagra has gone that route while having many extra benefits up its sleeve.